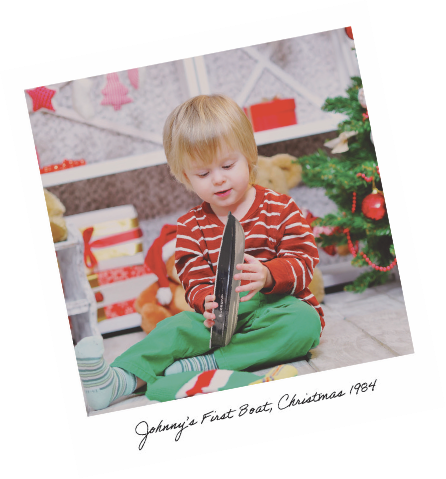 One Summer Can Last a Lifetime

Life won’t wait. Act early to get the most out of your summer on the water.

So you are in the market for a trailer to get your boat to and from the lake, but aren’t sure if you should be looking for a single axle or a tandem axle trailer…does it really make a difference?

Yes, yes it does.  While one is not necessarily better than the other, both options will give you a different set of features that are worth exploring.

Let’s start with the basics!

An axle refers to a rod or spindle that passes through the centre of a wheel or group of wheels.

And as the name implies, the term single axle trailer refers to a trailer that has only one axle connected to a wheel on either side of the trailer.

On the other end of the spectrum, the tandem axle boasts two axles within close proximity which are both connected to a wheel on either side of the trailer.

So which is the better option?

Usually the deciding factor between the single axle and tandem axle trailer will be about weight limits.  That said, there are a few other factors that need to be considered when making your decision on which type of trailer will work best for you and your family.

Let’s talk about the pros and cons of both the single axle and the tandem axle trailer.

First and foremost, a single axle trailer is the less expensive of the two options.  Not only is it cheaper on the initial cost of the trailer, but due to it being lighter than the tandem axle trailer, it is also cheaper on gas!

But asides from being easier on the wallet, those who champion for the single axle trailer also prefer it because it is easier to maneuver.  So if you are needing to squeeze into tight spaces, or take sharper corners, the single axle is your best bet.

And while the single axle trailer gets hit with a little more wear and tear with all the weight loading onto two tires, many argue that maintenance is cheaper overall since there are fewer tires and brakes to worry about.

Alternatively, a tandem axle trailer, also known as a double axle trailer, is mostly a fan favourite for 20 foot boats and over because of its capacity to haul some major weight!

With two extra tires for support and better weight distribution, the tandem axel trailer is able to handle more weight and maintains stability at higher speeds.

And while the tandem axle trailers will typically cost more money than their single axle adversaries, they are still a top choice for many because of the extra safety benefits.

Not only does it offer more stability, but it provides the driver with four breaks instead of two!

This can make a big difference when you are trying to come to a stop with a massive load behind your vehicle.

On top of that, a sudden flat tire can be a little less disastrous when you still have the support of the three remaining tires.

Ultimately, the choice is really depending on your personal needs in a trailer.  If you are hauling a lot of weight and plan to put some serious highway mileage on your trailer, you might want to consider picking up a tandem axle.  Whereas if you plan to use your trailer in confined spaces, carry lighter loads, or use your trailer for short distances, you can probably benefit from a single axle trailer.

What you need in your Boat Safety Kit

From the light birchbark canoes of the First Nations, to the fishing vessels of East Coast fishermen, Canada has a rich boating history. Before the days of trains and highways, boats were the best way to cross the country, so it’s no surprise that Canadians are so closely attached to watercraft. Today boating has evolved […]

How to Boat: The 7 Most Underrated Videos in Legend Boat’s Orientation Library

Ever wish there was one place that showed you everything you need to know about your new boat? Well, now there is. Over the years, our boat specialists have been creating videos to answer your most frequently asked questions. #7) How to Attach and Detach Your Boat From Your Trailer #6) How to Install Your […]