Home | Blog | Muskie Something In The Air

We know it simply as The Muskie.

Muskie are the largest members of the Pike family and have an interested back story to their name. The Ojibwa translation is "ugly pike" and the term Muskellunge is a sloppy rendition of the French "masque allongé" meaning elongated face.

Although there's not much love for how they look, there's tons of excitement behind reeling one into your fishing boat.

Muskie are fairly rare making the thrill of the hunt a lot more prevalent than with some other species. If you are lucky enough to hook a muskie you're in for a real treat.

Let's take a look at a few muskie details.

It's sometimes difficult to tell pike, pickerel, and the various sub-species of muskie apart. Instead of describing the difference we decided that a picture speaks 1000 words - take a look at this picture which points out how to ID 3 common species and a muskie / northern pike hybrid. 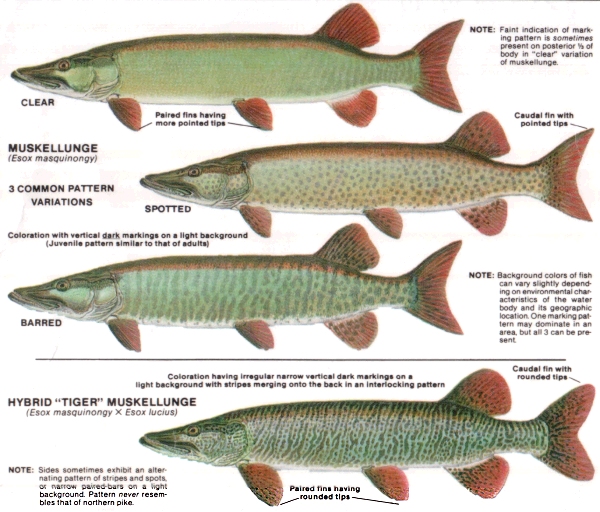 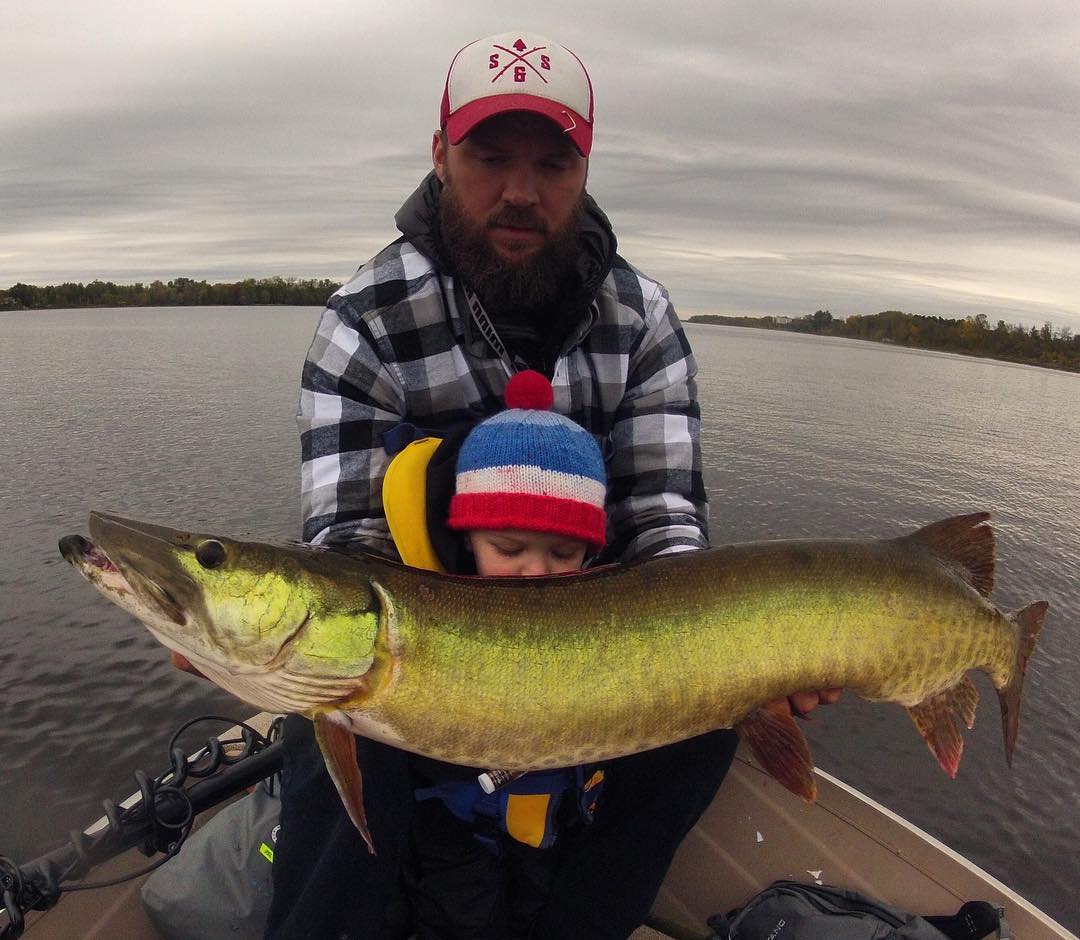 Where To Find Muskie

Most of the country is out of luck, but if you're up for some travel - people do travel from all over the world for the chance - you can find muskie throughout: 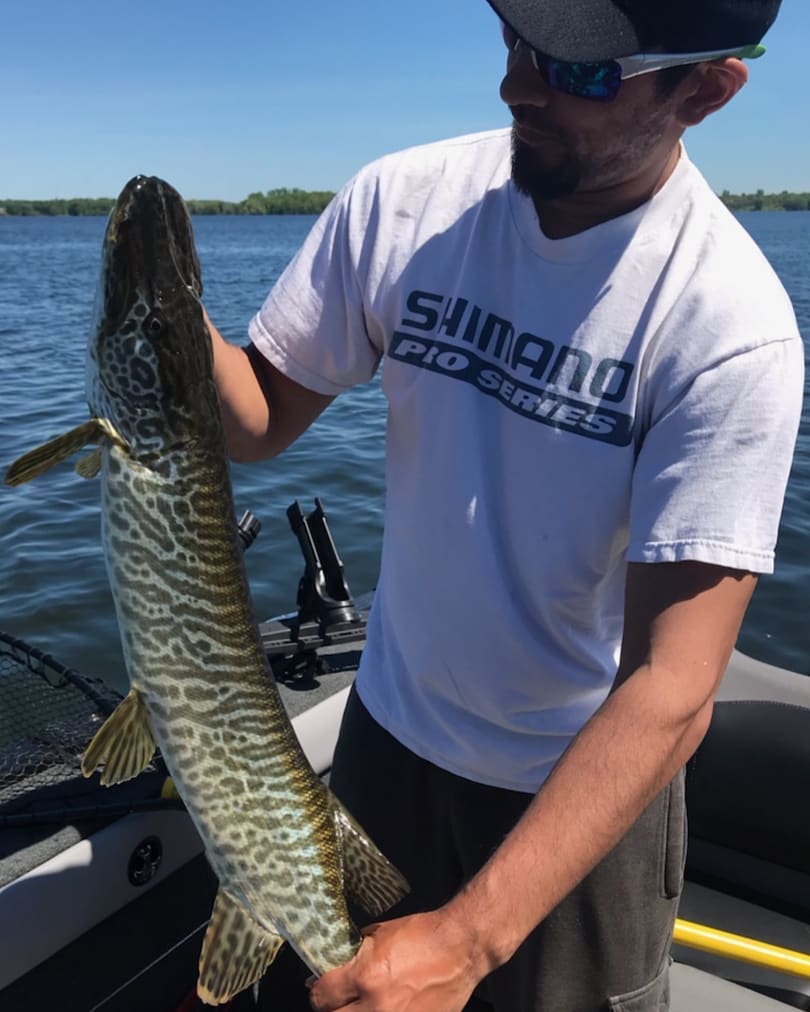 Aside from humans and a few large birds, Muskie are apex hunters with no natural predators.  This, along with their razor sharp teeth, has allowed them to become a vicious hunter. But, be kind. Their slow growth and slow rate of reproduction leaves them very vulnerable to overfishing.

Find them in clear waters next to weed edges, rock outcrops, and other structures where they can rest. But you're not going to have much luck in the shallows. They prefer the water a little colder at 25.5°C or lower for everyday living and down to 12.8°C during spawning season.

From muskrats, rats, ducks, and frogs, they'll eat pretty much anything that fits in their mouth. They're known to devour fish 3/4 of their size, including younger Muskie. They've even been caught taking bites our of toes dipped in the water. 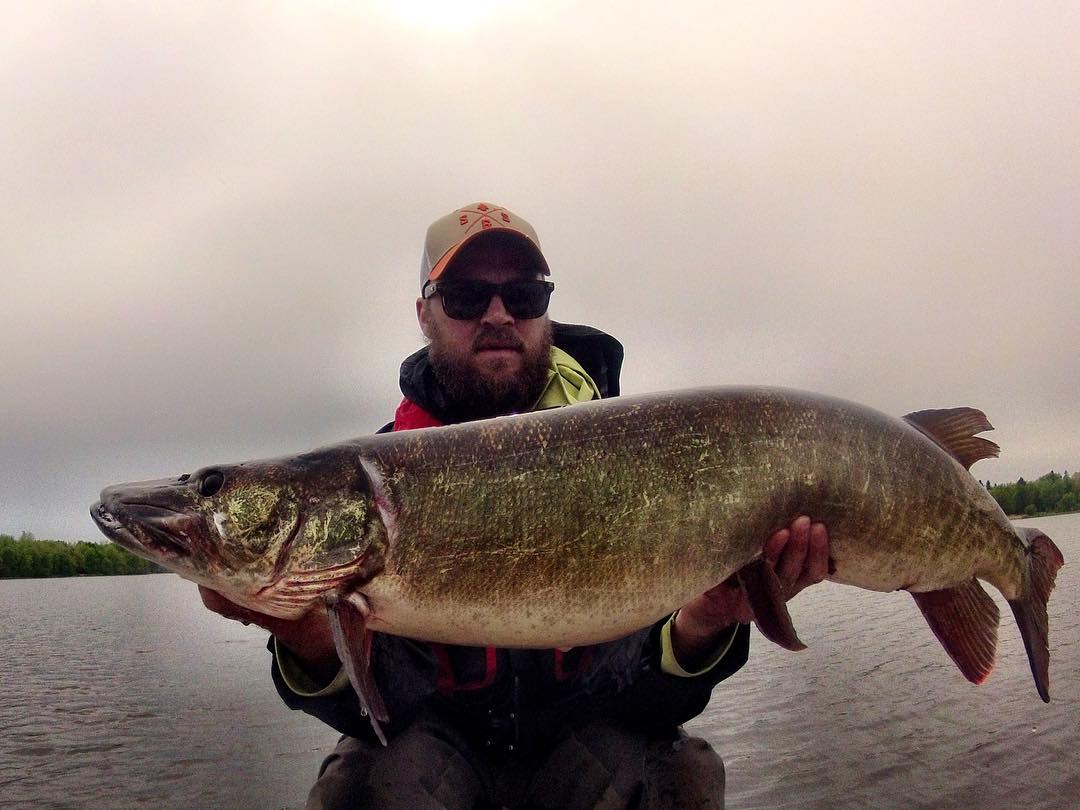 How To Catch Muskie

Common lures include large surface or diving lures, spoons, bucktail spinners, and live bait. But, as mentioned earlier, muskie will swallow just about anything. The most important thing to be aware of and plan for is their teeth. These razors can easily saw through regular monofilament and there's a good chance you'll lose your lure instead of landing a 50+ pounder.

Use thicker line, and fish your water from top to bottom to avoid being spotted, and time your angling to when bait fish are most active - in the morning and evening.

Make sure to share your lake monsters on social.