By now we've all seen the pictures of Garbage Island in the Pacific ocean and plenty of animals and fish with stomachs filled with plastic. It's a global problem that we all care about and it forces us to wonder how we're doing in our own country.

To answer this question, it's best to start with an understanding of the various forms of human activity that has the ability to have adverse affects on our lakes, rivers, and coastlines.

What is Water Pollution?

There are 6 official forms of water pollution defined by the source, the water that it impacts, and how it transforms the water.

The intensity of pollution is measured by the concentration of pollutants in the water (usually parts per million) and their effects on its uses.

Disease-causing bacteria, viruses and protozoa which causes a range of health risks to people an animals using the water for drinking or bathing. The main source is from improperly treated sewage from livestock and humans.

Organic waste in water systems which depletes oxygen. Removal of oxygen chokes out both plant and animal life as well as introduces increased levels of hydrogen sulphide and other toxic gases which poison the plants and animals which manage to survive the lack of oxygen.

Runoff from agriculture and municipal areas cause increased (primarily) phosphorus and nitrogen which causes the accelerated aging of lakes and streams. This destabilizes habitats and renders waters unsafe for drinking and recreational use.

The introduction of metals, chemicals, and many other materials into water systems. This harms the health (some short term, some long term) of fish, birds, people, and any other animal which interacts with water ecosystems. This is primarily caused by commercial/industrial operations and larger urban cities. Even when certain materials are at a lower PPM than deemed toxic, they often interact with other materials creating toxicity that is harmful.

This occurs when sulphur dioxide and/or nitrogen oxides are introduced into lakes and rivers. This occurs via acid rain or mining runoff. This leeches metals from the soil and rocks and introduces it into the water, which causes toxicity.

This seems like an odd form of pollution, but when waters are heated higher and faster than nature intended, habitats are altered. Basically it causes a chain reaction resulting in 1 or more of the above mentioned types of pollution.

Being Canadian, we can be proud that we account for around 20% of the world's fresh water. But that also means that we should be extra concerned with keeping it fresh.

Let's take a look at a few statistics.

- In Canada, 89% of plastic is not being recycled.

- Nitrogen and phosphorus are natural minerals, but 80 percent of nitrates, and 75 percent of phosphates that are found in lakes and rivers are added by humans.

- Due to eutrophication, Lake Erie aged 15,000 years between 1950 and 1975, meaning that a process that would naturally take 15,000 years took only 25 years, because of the phosphorus and nitrogen that was added by humans.

- One drop of oil can make up to 25 litres of water unfit for drinking.

- One gram of 2,4-D (a common household herbicide) can pollute 10 million litres of water.

- One gram of PCBs can make up to one billion litres of water unsuitable for aquatic life.

- One gram of lead can pollute 20,000 litres, and make it unfit for drinking.

- Half of the world’s wetlands have been lost since 1900.

- Health problems related to water pollution in general are estimated to cost Canadians $300 million per year. 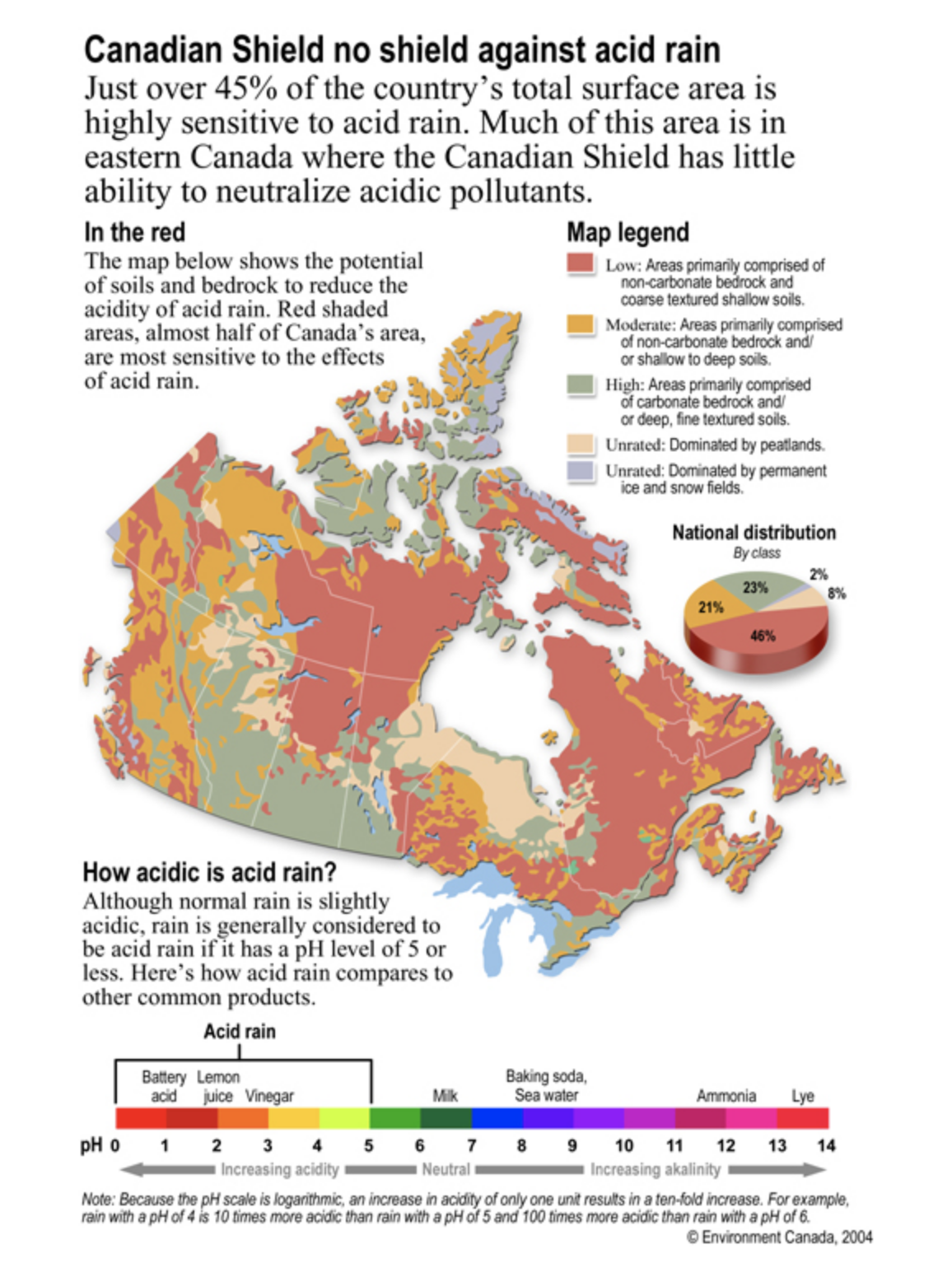 It's not all bad news

Consider the fact that the Industrial Revolution began around 1850, petroleum became a popular industry about a decade later, and that plastic was introduced to the public shortly after 1905.

This means that the environmental trouble we see today began a mere 170 years ago. Arguably that's only 2 lifetimes ago. Surely we can turn this around.

How Can You Help?

Check to make sure that your motor is always in good working order.

Don't toss trash in the lake

Plant trees, or donate to an organization that does

Support efforts to the use and increases the recycling of plastics

Don't over-fertilize your lawn - or avoid it altogether

Minimize use of household water

Whatever your stance on climate change is, we can all agree on a few things

- we all want clean water to drink

- we all want to eat food that won't poison us

- we all want clean water for our kids to swim in

- we all want clean air to breath.

We love fishing and boating, and if we all do a little bit each day to keep our lakes clean we can pass our passions along to the next generation, just like the generations that came before us.