Home | Blog | In the wallEYE of the beholder

Walleye is one of - if not THE most - sought after fish species in Canada. They're active, they're delicious, they grow fast, and even if you don't break records you're going to feel like you've reeled in a trophy every single time.

We clarified this in our Pickerel post, but it's worth stating again:

PICKEREL AND WALLEYE ARE NOT THE SAME FISH.

Pickerel belong to the Esox genus of Pike. Walleye are a completely different species found within the Perch (Percidae) family.

What's The Difference Between Pickerel and Walleye?

- Walleye are olive and gold, pickerel are green

- Walleye are bigger and heavier

- Walleye have a larger dorsal fin

- Walleye have a large spiny dorsal fin, pickerels to do not

- Walleye are found in deeper water

- Scale size and patterns are different

Why Are They Called Walleye?

Walleye get their name from - you guessed it - their eyes. Simply Walleye's eyes point outwards, as if they're staring at walls. Their eyes also contain a light-gathering layer (tapetum lucidum) that enable them to see at night and other low-light conditions.

How To Catch Walleye

Since Walleye are able to see in low-light when other fish cannot, that's when they feed. Anglers love hunting for walleye at night. Not only do they know when they're out and active their unique eye setup lets off a reflective shine, not unlike a cat at night. You can sometimes spot this as they move through the shallows.

This also helps to ID where they're going to be during the daytime. Part of their feeding strategy is to use their superior vision in choppy and/or cloudy waters.

They're more active at dawn and dusk, or all day when it's overcast.

The biggest obstacle to catching walleye are other species eating up your live bait before you have a chance to present to your prey of choice. Walleye don't mind plastics and you'll save yourself a lot of time and trouble by avoiding having to constantly reset your rig throughout the day.

Since you'll have more luck in windy, dirty water conditions, a bottom-bouncing troll is recommended.

In rivers, head upstream and cross current to match their hunting patterns. The most likely hit will come from the bottom, but keep in mind you're timing your angling to when they're feeding. Explore the entire water column to catch the walleye that are actively looking for minnows and leeches.

How Big Do Walleye Get?

In Canada, the record has been sitting at 93cm (36.5") and 22.25 pounds, courtesy of the Niagara River, since 1943. That record has been threatened several times since, but never officially broken.

Where Can You Find Walleye?

Walleye are native to the Great Lakes, Lake of the Woods on the border of Manitoba and Ontario, and the waterways in between.

But, due to their prolific nature, ability to grow quickly and adapt to new waters, and delicious taste, they've been introduced to most bodies of waters throughout the country. The colder it gets, the smaller they grow. But you can still find them virtually everywhere, coast to coast.

You can use the recommended presentation mentioned above, just make sure that you're matching your minnows and other lures to the native species of the water you are fishing in.

We looked everywhere and could not find a single instance of a "bad walleye recipe". It seems as though there's no way to screw this up. They're simply delicious!

Go nuts with your standard standard beer-batter (you won't be disappointed) but if you're ready to kick it up a notch, check this out.

- Bleed out your walleye in your live well on your way back to land.

- Rinse and dry before cooking

Canadians love walleye, but we do have a run for our money. Our South-of-the-Border neighbours in Minnisota have not 1, but 7! walleye statues as city signs. 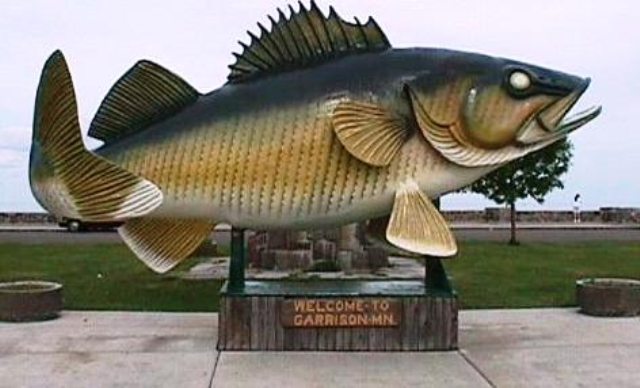 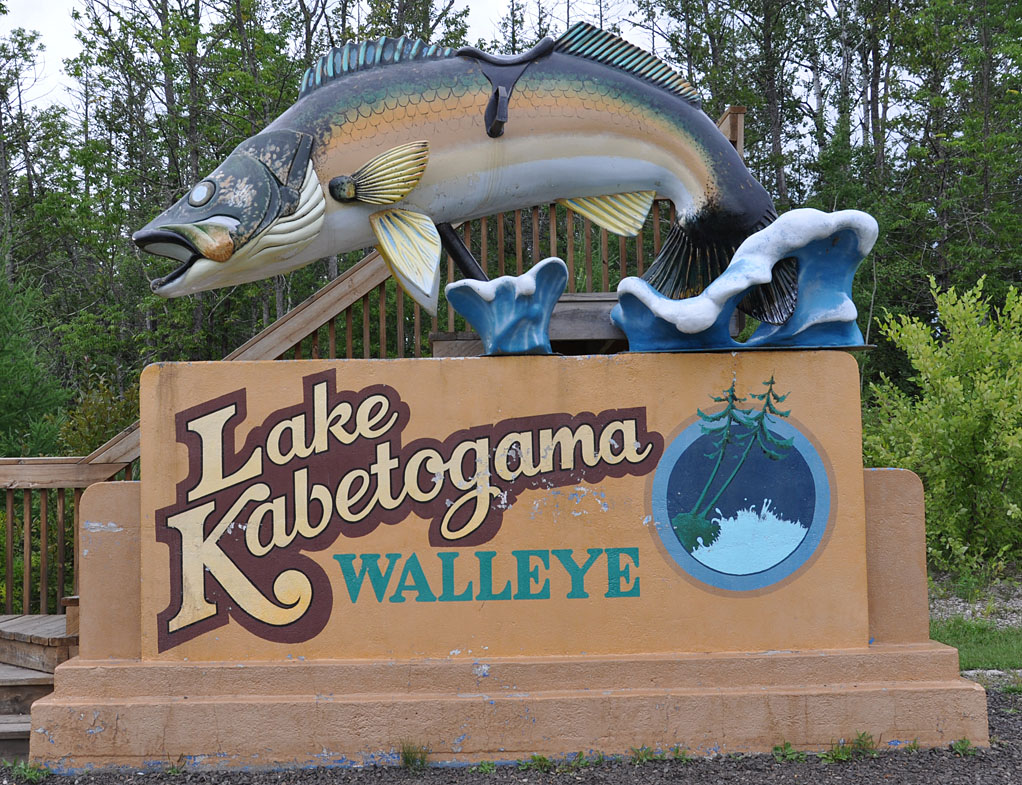 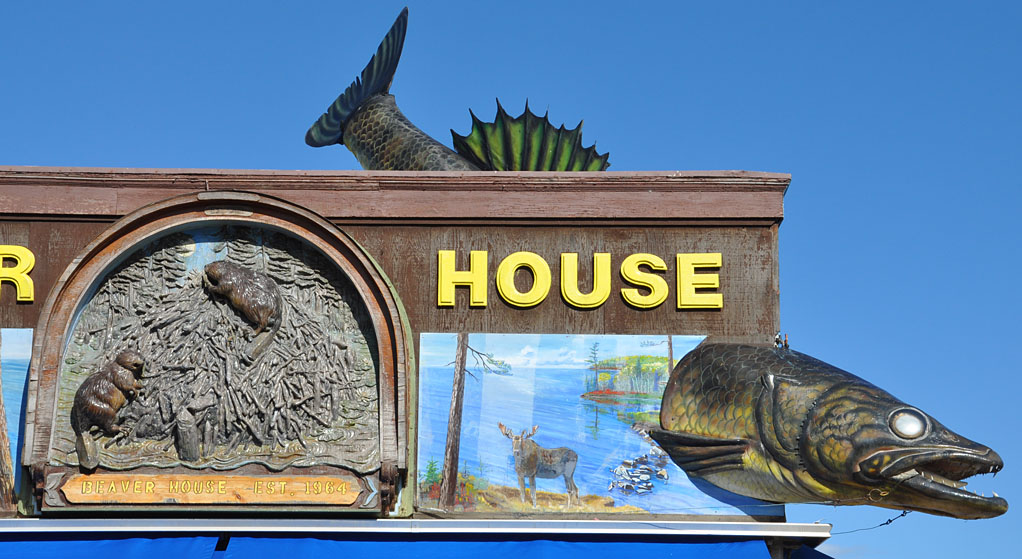 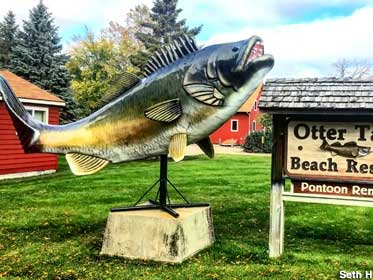 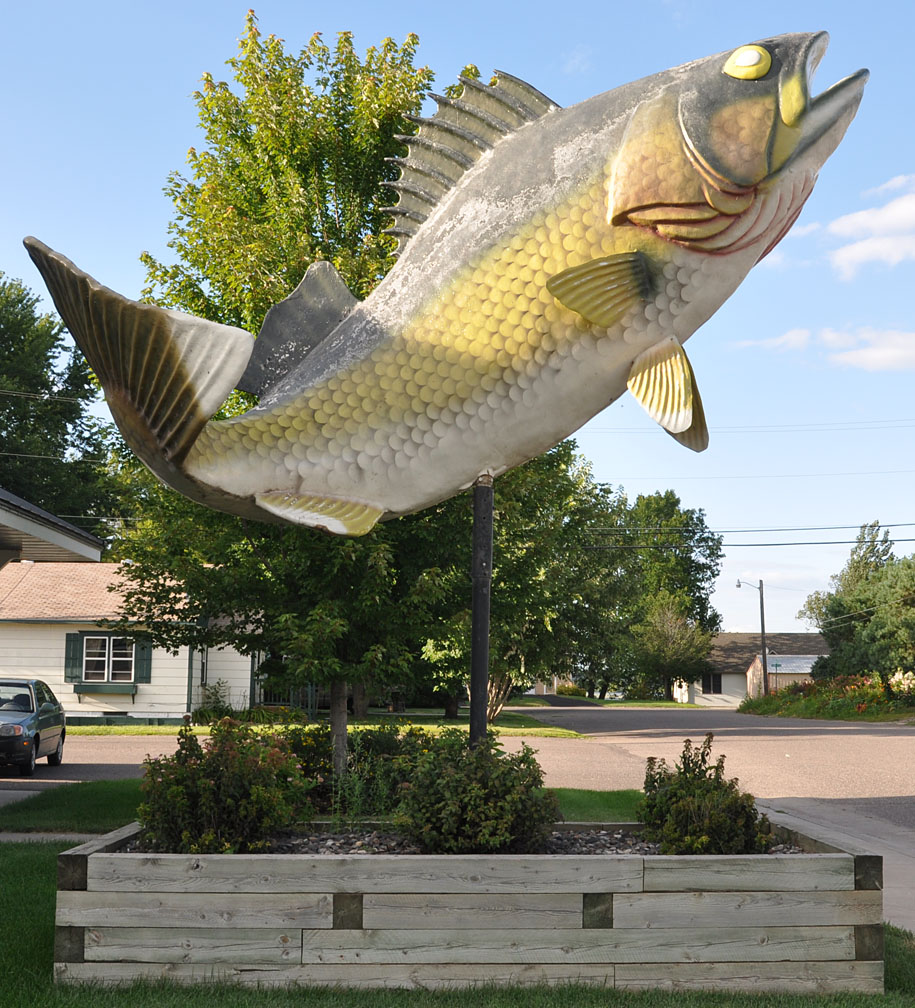 Looks like the Walleye-Pride bar is a little high. Maybe we'll let them focus on building those statues while we focus on beating world records.